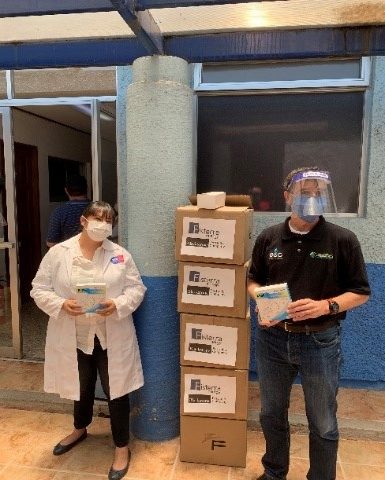 Fisterra Energy, as part of its strong corporate social responsibility values, and additional to the donations already performed in Madrid, decided to materialize new donations in Jalisco and Guanajuato (Mexico), where Fisterra’s projects stand, in the form of sanitary materials for individual protection as it has been an obvious need all over the world and food supplies for the vulnerable population. 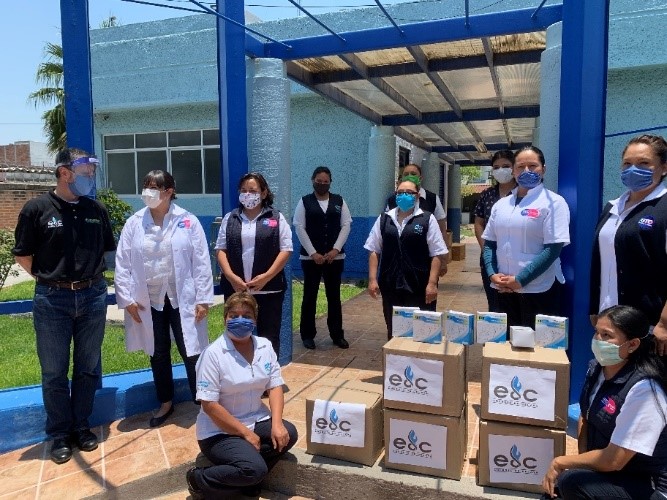 It is clear that the pandemic has been a challenge to obtain basic personal protection equipment mainly for health personnel in the world. Countries were not ready with enough volume of material to cover the instant massive needs created by the pandemic. Mexico has not been an exception and the dimension of the problem was potentially bigger due to the large size of the country and the number of inhabitants (128 million). Additionally, the reduction on the economic activity generated by the pandemic has impacted families around the projects forcing them to attend the charity dining rooms. 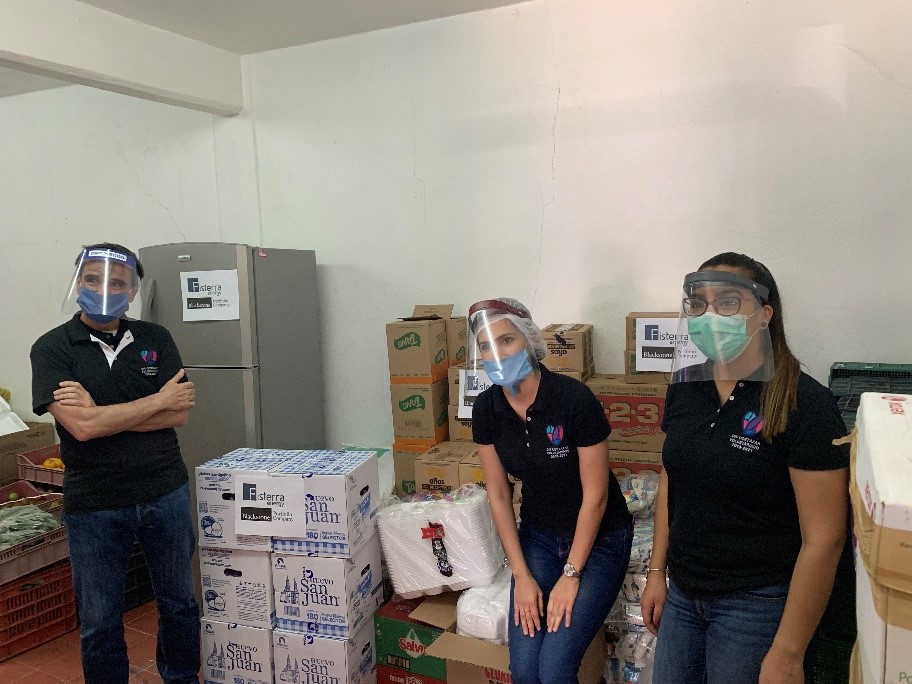 In view of the health emergency that the COVID-19 pandemic is generating across the globe, which is impacting strongly in Spain and in Madrid specifically, Fisterra Energy, as part of its strong corporate social responsibility values, has decided to perform a donation to an important hospital in Madrid (Hospital San Rafael), where the company’s headquarters stand.

With this donation of Fisterra Energy, the hospital will be able to acquire the essential protective material that its needed to treat COVID-19 patients safely, increasing the capacity of the hospital to treat new and severe patients as medical staff now will have the tools to effectively combat the disease.

COVID-19 rapid spread across the world has resulted in a large number of people needing medical assistance, putting an enormous pressure on hospital’s patient capacity and has overwhelmed its intensive care units due to the severity of the disease. This problem, combined with the lack of enough protective material that hospitals have to avoid medical professionals’ infection, has led to a lot of them having to be held in quarantine, contributing to increase the seriousness of the situation and reducing the capacity of the health systems to treat new patients as the virus continues to spread. 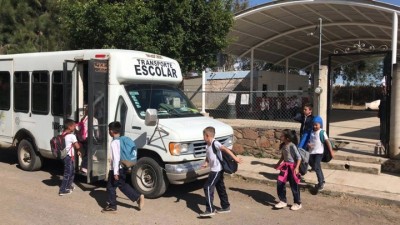 Fisterra, within the Social Investment Plan of the Tierra Mojada Combined Cycle Project, has launched an School Transportation program in the communities near to the Tierra Mojada Project. With this, Fisterra Energy contributes to improve the safety of the youngest students as, with this initiative, no more students will need to walk through frequented roads in order to go and return from their schools. 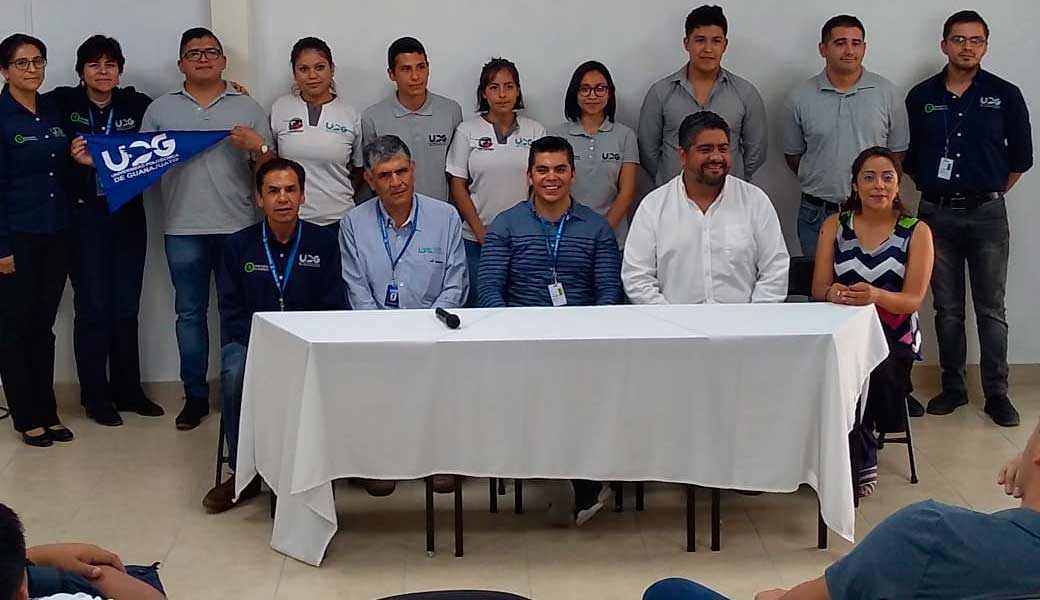 Fisterra, within the Social Investment Plan of the Tierra Mojada Combined Cycle Project, has launched an internship program with the Polytechnic University of Guanajuato, which is a public university with a strong focus on renewable energy and environment protection.

15 students will incorporate to several working areas of Tierra Mojada in 4 month periods and, additionally, will receive health, security and environmental training. 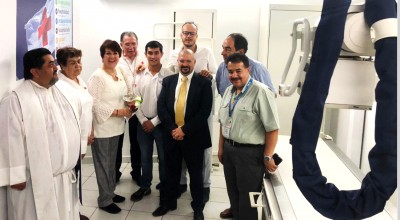 As part of its strong commitment with Social Responsibility Activities, Fisterra Energy, through its subsidiary in Mexico Ciclo Combinado Tierra Mojada, has donated an X-Ray medical device to the local Red Cross office in Zapotlanejo, in the State of Jalisco.

The new device installed will improve significantly the health of the local population, by helping Red Cross’ doctors to diagnose and treat different disorders and medical conditions, mainly skeletal diseases and traumatisms, but also other important illnesses such as pneumonia, abscesses or pulmonary edemas.

With this donation, Fisterra Energy reaffirms its commitment with the local communities where it develops its activities, to ensure the development and welfare of these communities.

Fisterra Energy Group, through their company established in Mexico, Fisterra Energy Mexico, has made a donation to help in the reconstruction works after the earthquakes suffered in Mexico City and other states in September 7th and 19th.

Fisterra Energy, through its Corporate Social Responsibility Program, acquires the commitment to help the areas in which it carries out its activities.

The donation has been made to “Fuerza México” Trust, which is aimed at channeling contributions from business organizations and private sector companies.

In the first stage, the activities were focused on attending emergencies. Today, the second stage is helping the affected zone through reconstruction and recovery efforts. The planned projects are defined in coordination with the Trust Funding Committee with the affected areas.

Since 2013, Fisterra Energy has presence in Mexico, which is why it is a priority for the Company to support the country.

As part of its Corporate Social Responsibility activities, Fisterra Energy in collaboration with The Pale Blue Dot, a non-profit Civil Association established in Mexico in 2015, has carried out a social project that contemplates the solar electrification of three rural schools.

Fisterra´s donation ensures that 146 students, 7 teachers and members of three communities, have access to an independent and sustainable source of energy at the school, in order to have suitable light and safe and reliable power supply for educational tools and different communication technologies. 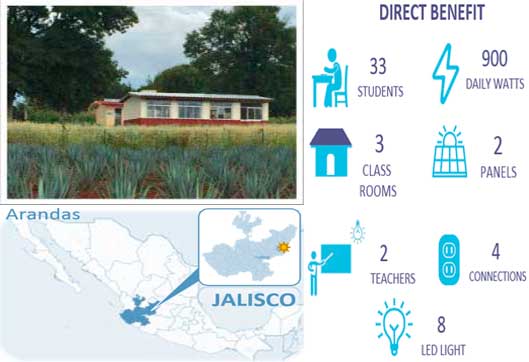 This school is located on the outskirts of the town of Santa Ana, where the Sanctuary of Saint Toribio Romo is located, generating a constant influx of pilgrims and trade, which are the main economic activities. The school was connected to the power installation from a school parent, since they do not have the resources to fund the network extension. FACILITIES: September 27, 2017 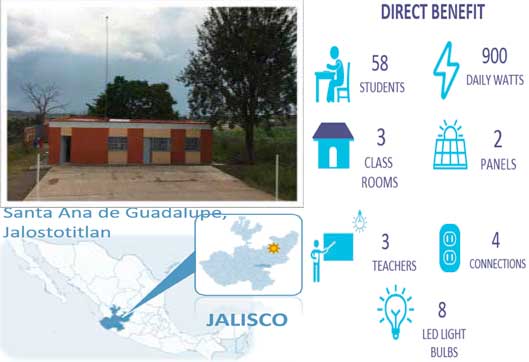 This school is located in the Sierra Madre. The community belongs to the huichol people (wixarika), which has maintained its indigenous identity, ancestral knowledge, worldview, lands and traditions and where the sun is considered a deity. FACILITIES: June 21, 2017 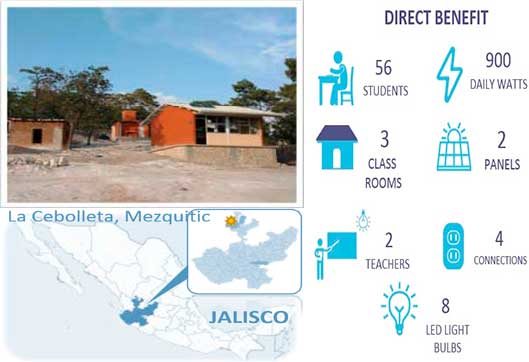 In accordance with the Spanish Information Society Services and Electronic Commerce Act 34/2002 of 11th July we inform you that the organization Fisterra Energy, S.L. (hereinafter FISTERRA) with C.I.F. B86619459 based at Avd/ Bruselas 7, 3, left, 28108 Alcobendas (Madrid), is registered in the Madrid Trade Registry (Registro Mercantil de Madrid). Tomo 30524, Folio 107, Sección 8, H M 549372, I/A 4. You can contact us at the addresses indicated in the “Contact” section or by sending an email to: info@fisterraenergy.com

In compliance with the Spanish Personal Data Protection Act 15/1999 of December 1999 we inform you that FISTERRA is responsible and sole receiver of the processing of the personal data related to your identification, location, identification of your employer company and the position you hold, as contact of the company which you represent, used to contact you via email. This personal data will be included within a personal data file owned by FISTERRA named “Terceros”, registered with the Spanish Data Protection Agency (Agencia Española de Protección de Datos).
The purpose of processing these data is to carry out all the actions involved in attending your request, proposal, service contracting for you or the organization which you represent, and the historical maintenance of business relationships. You agree to the processing of the data for the aforementioned purposes, being able of exercise your rights of access, rectification, cancellation and objection at the aforementioned address or any other which may replace it and is communicated to the Data Protection General Registry (Registro General de Protección de Datos). Additionally we ask you to communicate any changes in this information, as well as the finalization of your contractual relationship with your organization so as to proceed with the cancelation and/or historic management of the data, in order to maintain the information updated.
FISTERRA guarantees the personal data protection according Spanish Personal Data Protection Act 15/1999 of December 1999 and its development regulation Royal Decree 1720/2007 of December 2007.
The use of this website implies the acceptance of these general conditions of this Privacy Policy.

This website uses cookies to improve your experience while you navigate through the website. Out of these, the cookies that are categorized as necessary are stored on your browser as they are essential for the working of basic functionalities of the website. We also use third-party cookies that help us analyze and understand how you use this website. These cookies will be stored in your browser only with your consent. You also have the option to opt-out of these cookies. But opting out of some of these cookies may affect your browsing experience.
Necessary Siempre activado
Necessary cookies are absolutely essential for the website to function properly. This category only includes cookies that ensures basic functionalities and security features of the website. These cookies do not store any personal information.
Non-necessary
Any cookies that may not be particularly necessary for the website to function and is used specifically to collect user personal data via analytics, ads, other embedded contents are termed as non-necessary cookies. It is mandatory to procure user consent prior to running these cookies on your website.
GUARDAR Y ACEPTAR